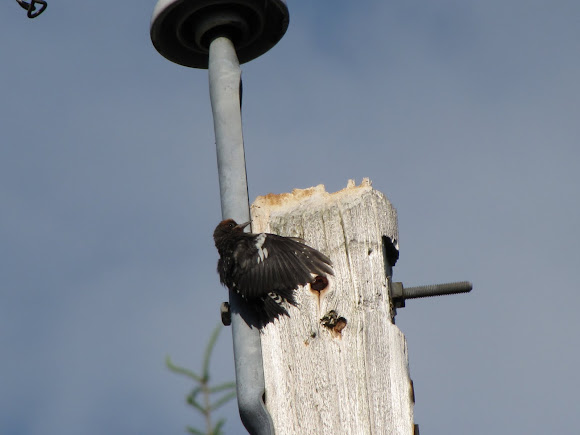 Adults have a red head and upper chest, with a white lower belly and rump. On their back and wings they are black, also on their wings they have a large white patch.

Red breasted Sapsuckers breed from Southeast Alaska and British Columbia, south through the Pacific Coast Ranges and western Washington and Oregon and also northern California. They usually breed in Forests that include Hemlock, Fir, Douglas Fir, Pine and Spruce, but have also been known to use other trees.

This photo is of a baby I saw across the street from me on the telephone pole, he put on a good show for us.