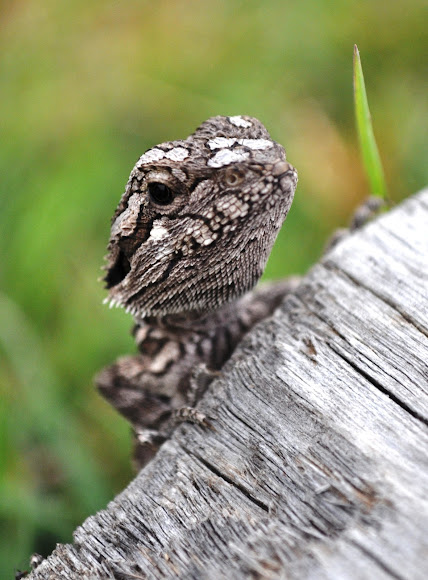 One of several similar species of bearded dragon lizards. Grey and softly spiked, dark and light mottled markings all over, colour changes slightly depending on weather and surroundings. A small 'frill' can be raised around its neck and the mouth opened in defence if threatened. Total length is around 55cm.

The Eastern Bearded Dragon is found as its name suggests along the eastern regions of Australia through several states.

Great spotting. One of my favourite lizards :-)