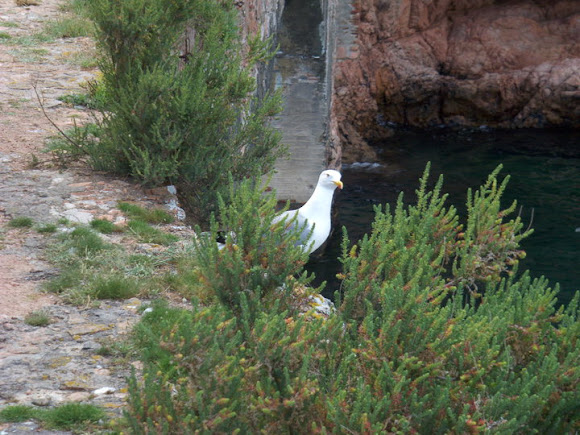 The Gull of yellow-footed (Larus cachinnans) belongs to the order Charadriiformes Laridae and family. Slightly larger than a gull-winged dark (Larus fuscus), is distinguished by the color of light gray back and wings, contrasting with the black tip with white spots. The rest of the body is white except the yellow beak (where stands the red tip), the eyes are yellow (the orbital ring is red), and legs.

Distribution: Mediterranean and the Black and Caspian Seas. It is a species that is in clear expansion. From 1966 to 1976 the population of the Mediterranean has grown at a rate of 6.9 to 8.7% per year. Among European countries with the largest number of breeding pairs include France, Spain, Italy, Croatia, Russia and Ukraine.