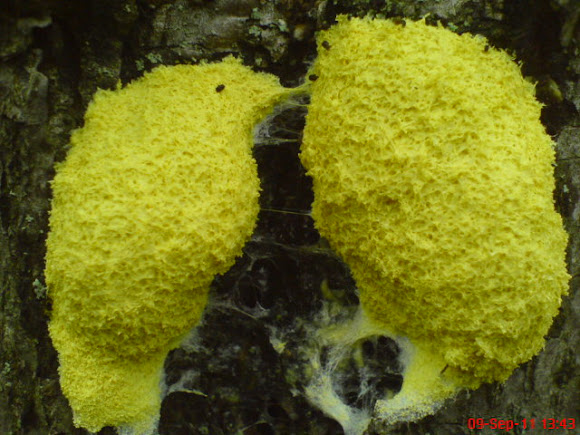 Fuligo septica is a species of plasmodial slime mold, and a member of the Myxomycetes class. It is commonly known as the dog vomit slime mold or scrambled egg slime because of its peculiar yellowish, bile-colored appearance. A common species with a worldwide distribution, it is often found on bark mulch in urban areas after heavy rain or excessive watering. Their spores are produced on or in aerial sporangia and are spread by wind.

A common species with a worldwide distribution, it is often found on bark mulch in urban areas after heavy rain or excessive watering. Their spores are produced on or in aerial sporangia and are spread by wind [fruitingbody - aethalium]