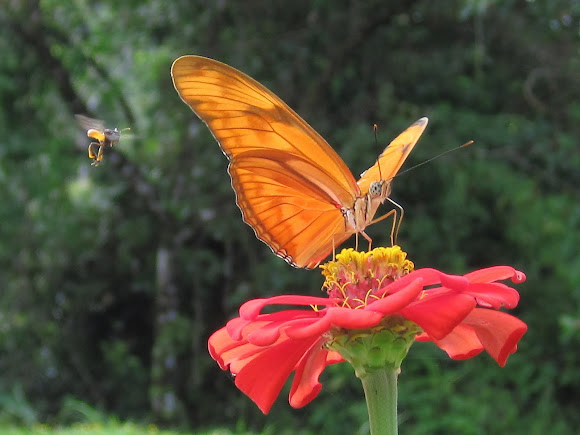 Found in the jungle of Costa Rica, Southern lowland Area. Wikipedia says this: it is native from Brazil to southern Texas and Florida, and in summer can sometimes be found as far north as eastern Nebraska.

Lucky shot, was out taking pictures of butterflies and couldn't get any of them in focus, I finally did and 5 minutes later the battery died. I got a couple good shots, this was one of them. Hopefully someone will let me know the name of this type of butterfly. by the way it was spotted here: Ojochal, Costa Rica Lat: 9.75, Long: -83.75

Thank you Art, I just joined 30 minutes ago and having a blast! thanks for the complement.

Beautiful photo, Detail is amazing, keep up the post.

Thank you Karen, that was so cool how quickly this was uncovered. I love this place already!! I have a few more to upload. Thanks again!