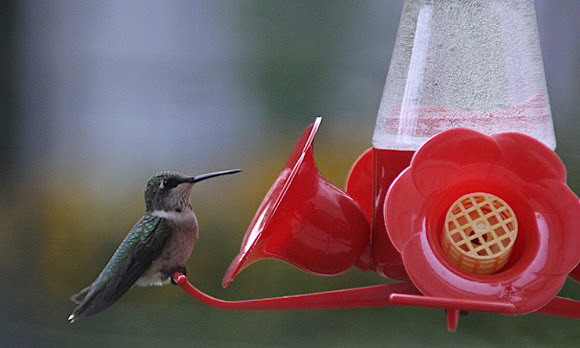 A young Ruby filling up just before Hurricane Irene.

The breeding habitat is throughout most of eastern North America and the Canadian prairies, in deciduous and pine forests and forest edges, orchards, and gardens. The female builds a nest in a protected location in a shrub or a tree. The Ruby-throated Hummingbird is migratory, spending most of the winter in southern Mexico, Central America as far south as South America, and the West Indies. It breeds throughout the eastern United States, east of the 100th meridian, and in southern Canada in eastern and mixed deciduous forest.