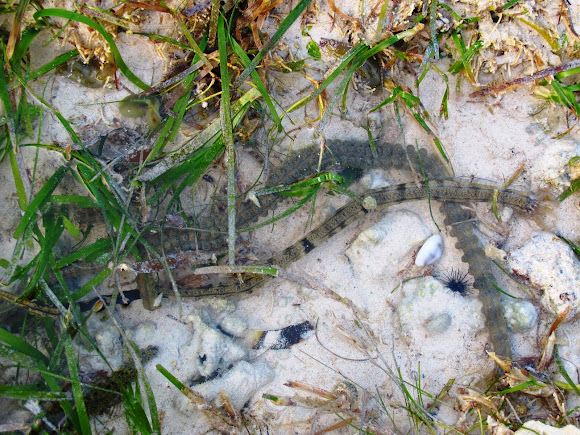 The Medusa Worm is a sea cucumber that lacks tube feet but instead has tiny appendages on its body that can stick to surfaces. This worm is nocturnal and seldom seen by day. Synapta maculata is often found in association with Emperor Shrimp ( Periclimenes imperator). The shrimp feed on detritus and debris dislodged from the foraging of their medusa worm host