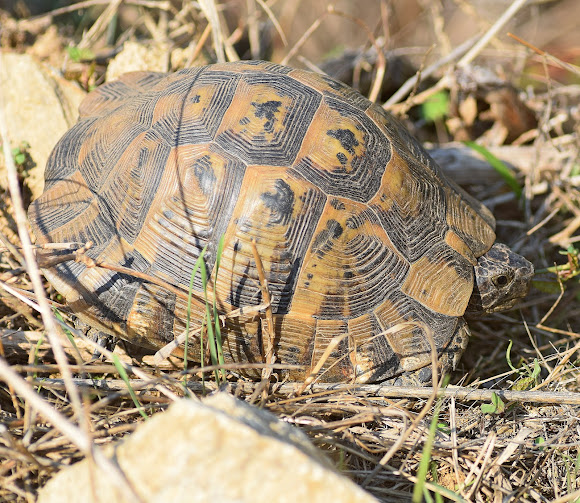 Testudo graeca is one of five species of Mediterranean tortoise (genus Testudo, family Testudinidae). It is a threatened species considered vulnerable to extinction according the IUCN Red List. Some of the main charateristics in order to distinguish it from Hermann's tortoise (Testudo hermanni) are: Notable spurs on each thigh (see photo 3), undivided carapace over the tail (see photo 2) and large scales on the front legs (see photo 1).

Spotted on a forest road in Seih-Sou, the suburban forest of Thessaloniki (Greece).