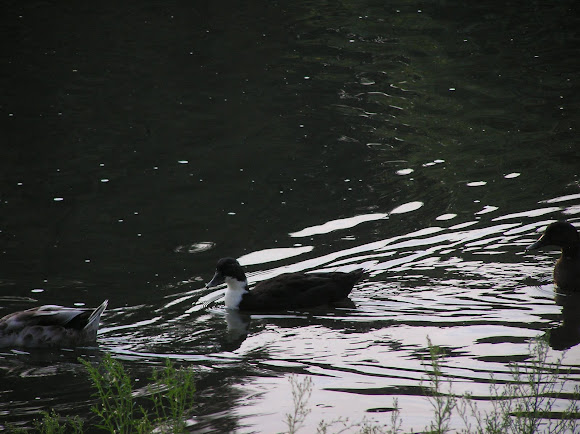 This was an early morning spotting around 7 am, just after a hot air balloon mass launch in the park. This and many others live in the park pond and creek. We woke several, they hadn't gotten up and around just yet. But most were up with the dawn and all the people looking for handouts.

Thanks, Jason... This looks right on! And judging by the explanation on the breeding and how the coloration of the young would be, this explains the black and silver speckled ducks that live in the same pond! Neat to know there is a rare breed there living "wild"!

I think he is a mallard male. Sometimes they have different coloration -- maybe juvenile??