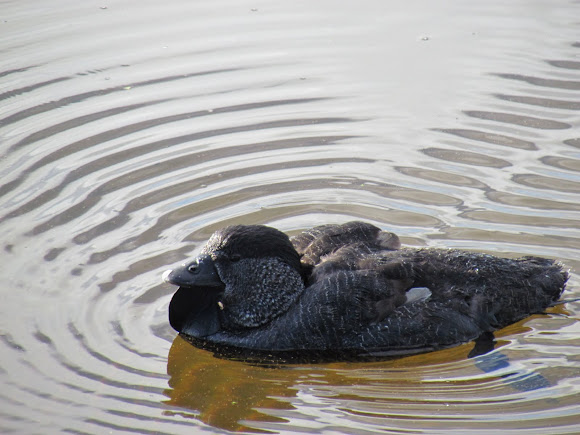 This unusual looking duck is endemic to Australia and is the only living member of its genus. Musk Ducks derive their name from the strong musk odour produced from a gland on the rump. During the breeding season the male inflates his fleshy lobe and preforms a three part mating call. This picture depicts the first of the three.

The musk duck has rarely been observed flying and is very clumsy on land. Due to this it prefers Permanent Wetlands

Probably moulting into his breeding plumage. Our domestic ducks get a bit tatty looking when they moult as well.

yeah this one only had one tail feather left

Good catch. They're very shy. Another unique trait is their stiff-feathered tails which are usually held at or below water level. And while they are poor fliers, they are great divers.