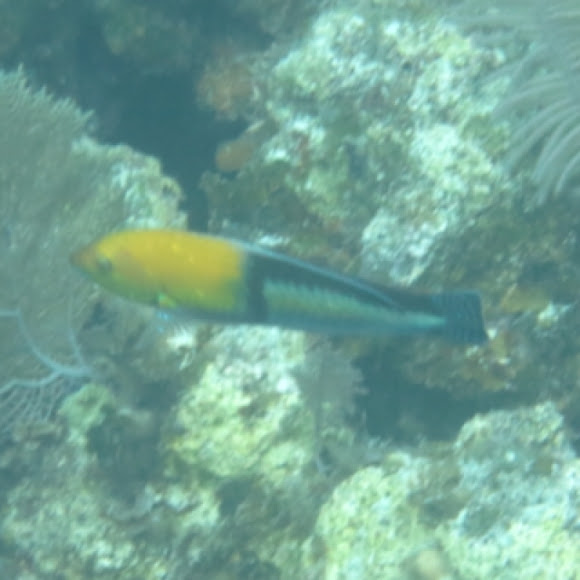 Yellowhead wrasse range from 12.5 to 20.0 centimeters in length. They have cylindrical bodies with large scales and sharp canine teeth. The coloration of yellowhead wrasse varies between phases. This species derives its name from the coloration of the terminal phase males. These "supermales" have bright yellow on the heads and the front part of their bodies and a black midbody bar. They have two wavy lines extending from their eyes. In the initial phase the fish (either males or females) have a dark upeer body and a yellow body. They also have two wavy lines extending from their eyes. Juveniles are yellow with silvery blue stripe along the sides.