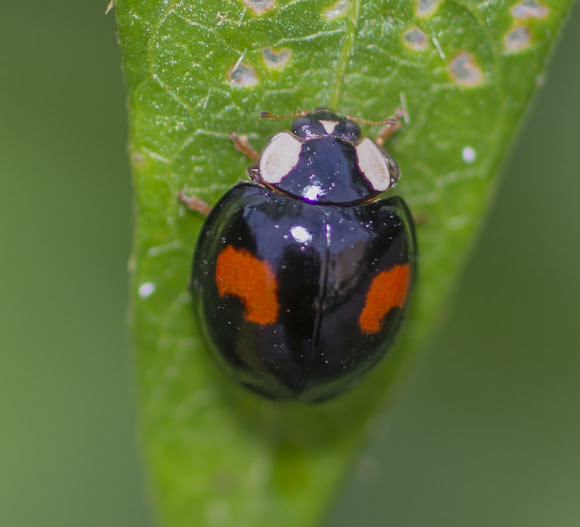 From the Wiki link: "Harmonia axyridis is a "typical" coccinellid beetle in shape and structure, being domed and having a "smooth" transition between its elytra (wing coverings), pronotum, and head. It occurs in three main color forms: red or orange with black spots (known as form succinea); black with four red spots (form spectabilis); and black with two red spots (form conspicua). However, numerous other forms have also been recorded, particularly in the native range. The beetle is typically large for a coccinellid (5.5–8.5 mm long) and even more dome-shaped than native European species. These characteristics distinguish H. axyridis from native species in the UK."

Wide range of vegetation, known as a pest for "tender fruits and grapes" (Wiki source).