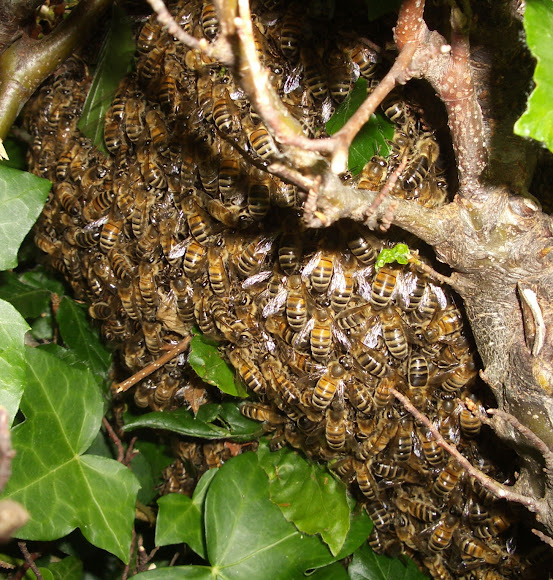 Honeybees who swarmed in our beech hedge for two days. The swarm was the size of a football.

The bee-keeper who came to try and collect them estimated there were 10,000 bees in the swarm. He also said we were lucky they were happy, well-tempered bees! Another swarm was seen 2 houses down from us the week before and we are apparently on the swarm flightpath for two local groups of hives. They didn't like the skep they were offered and took off down the road where they settled in a tree and were finally collected.