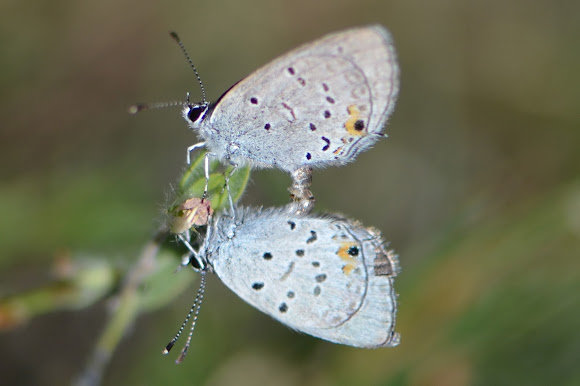 I found these two Western Tailed-Blue butterflies in Northplains, Oregon. I spotted Common Vetch (Vicia sativa), which would have served as the host plant for the caterpillars. Yarrow (Achillea millefolium) and Goldenrod (Solidago) were the likely sources of flower nectar.