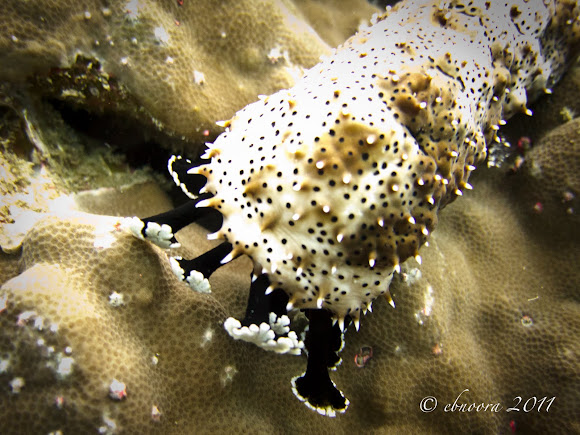 This sea cucumber employs mimicry in its juvenile form. It mimics an aposematic (brightly colored to denote toxicity) phyllidiid sea slug, Phyllidia varicosa. Once mimicry becomes ineffective as it grows in size and it begins to develops mild toxicity as a defense, it begins to change into its adult appearance. Not valuable as food because it has a thin body wall and a high composition of toxins.