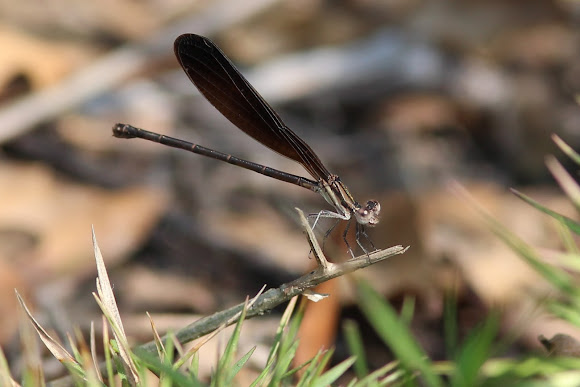 The Variable Dancer (Argia fumipennis) is a widespread damselfly of the family Coenagrionidae, native to North America. The subspecies A. f. violacea, native to the eastern United States is also known as the Violet Dancer. It is called this because of its purple iridescent color.