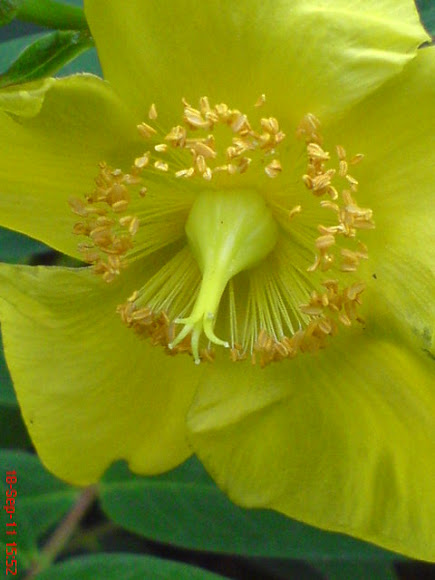 Growing to 5-15 cm tall, the plant is herbaceous, dying back down to its root-like rhizomes by mid summer. The rhizomes spread just below the earth surface and multiply quickly, contributing to its rapid spread in woodland conditions. The flower is about 1.5 cm diameter, with from five to eight petal-like segments (actually tepals) of rich yellow colouring.

grows in forests across most of Continental Europe, and less frequently in the Mediterranean region. It is not native to the British Isles, though it may occasionally be found as a garden escape

The plant is widely grown as a garden plant, especially by rock garden and alpine garden enthusiasts. It has been awarded an Award of Garden Merit or AGM, H4 (hardy throughout the British Isles) by the Royal Horticultural Society.

thanks ashish, you have help me again much.

Flower look alike from Onagraceae family. But Anthers are confusing..!!