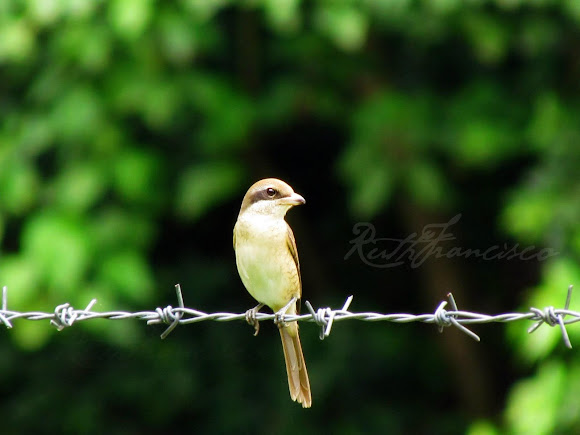 The Brown Shrike is an East Asian species, breeding primarily in eastern Siberia, China, Mongolia, the Koreas and Japan, and overlapping with Isabelline Shrike in central Asia where hybridization between the two species (and between Red-backed and Isabelline) occurs (e.g. Worfolk 2000, Svensson 2003). The northernmost wintering limit is southern China and southernmost Japan, and the species becomes widespread in the boreal winter throughout much of South-east Asia. Brown Shrike is comprised of either four ss. (Svensson, 1992): L. cristatus (breeds in eastern Siberia, from the Russian Altai and Ob River eastward through northern and eastern Mongolia to the Pacific), L. lucionensis (most of eastern China, from Hebei and Shanxi south to Guangdong and west to Sichuan, as well as in southern Japan and the Korean peninsula), L. superciliosus (Sakhalin and Hokkaido, south to central Honshu), and L. confusus (breeding in Heilongjiang and far north-eastern Inner Mongolia, China (also possibly in North Korea). All are considered to be (somewhat variable in appearance, with apparently numerous intergrades and some hybridisation.