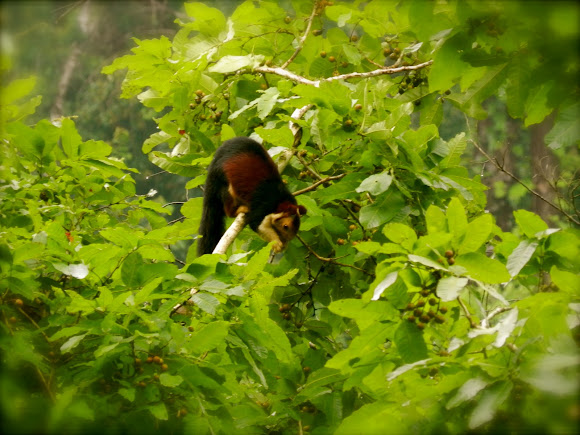 It is a large diurnal, arboreal, and herbivorous squirrel native to India. Also known as Indian Giant Squirrel is an upper canopy dwelling species, which rarely leaves the trees, it travels from tree to tree with jumps of up to 6m. When in danger the squirrel often freezes or flattens itself against the tree trunk, instead of fleeing.

Indian Giant Squirrels are usually seen in the sub tropical forests of Southern India and also parts of Northern India. They are also found in some other parts of South East Asia.

Thank you so much Daniele! Indeed they are such beautiful creatures and their colour combination is so vibrant than its cousins..Giant Malayan or Hoary bellied squirrel.

I really like to see those giant squirrels: the colour combination and enormous bushy tail are spectacular. Good shots!