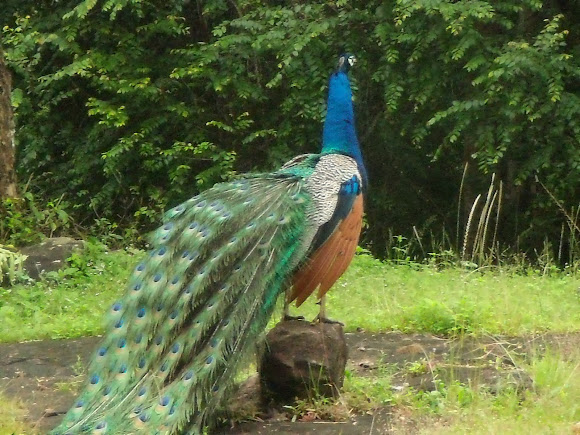 Peafowl is the national bird of India and it is best known for the male bird's extravagant tail, which it displays as part of courtship. The male peafowl is known as Peacock and most definitely it is one of the most beautiful birds seen on the planet.

Peafowls are mainly seen in the dry and deciduous forests of India and Sri Lanka, but they are also distributed to other deciduous parts of South East Asia.

Peacocks are polygamous and their mating seasons are mostly depended on the rain.

Alright Thank you so much, will do it immediately!

Lovely spotting Ajay, I am afraid you will have to change the scientific name though. I have suggested the correct one for you.