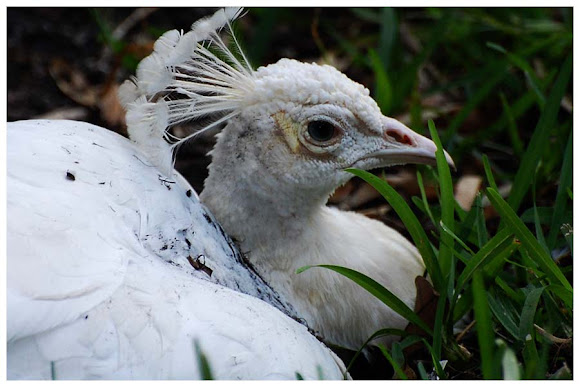 Cross between a male Green Peafowl, Pavo muticus and a female Indian Peafowl, P. cristatus, produces a stable hybrid called a "spalding", named after Mrs. Keith Spalding, a bird fancier in California.[17] There can be problems if birds of unknown pedigree are released into the wild, as the viability of such hybrids and their offspring is often reduced (see Haldane's Rule and outbreeding depression).[18][19]-Wikipedia