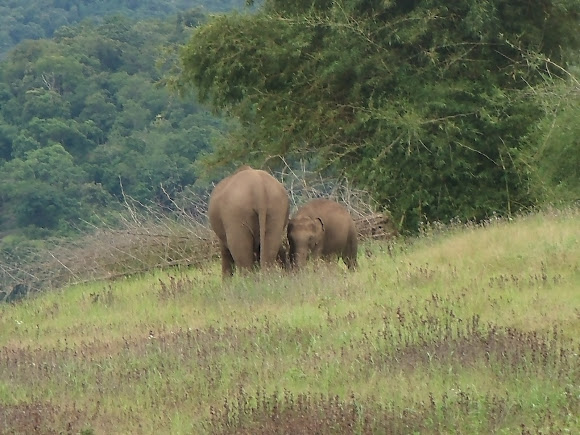 Asian Elephants are the only living species of the genus Elephas, and distributed in South East Asia from India to Borneo in the east. The Indian elephant is under severe threat from poaching and the population has declined by 50% over the last three generations according to IUCN.

I remember the that when I was nearing the herd in my kayak, the elephant s started trumpeting as they felt in danger. The entire herd of 5 elephants were trying to protect the young calf, by hiding it between their legs. It was such a moving scene to watch, and it just explained to me how intelligent and emotionally attached these gentle giants are.