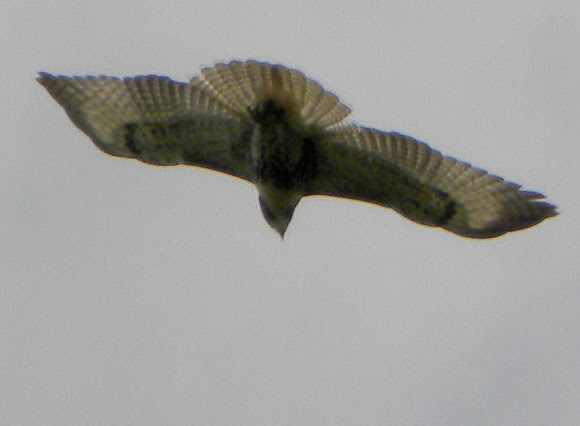 The Red-tailed Hawk is a bird of prey, one of three species known in the United States as the "chickenhawk," though it rarely preys on chickens. And are also known as buzzard hawks and red hawks. Hen Hawk, Mouse Hawk, It breeds throughout most of North America, from western Alaska and northern Canada to as far south as Panama and the West Indies,The Red-tailed Hawk occupies a wide range of habitats and altitudes, including deserts, grasslands, coniferous and deciduous forests, tropical rainforests, agricultural fields and urban areas. It lives throughout the North American continent, except in areas of unbroken forest or the high arctic. It is legally protected in Canada, Mexico and the United States by the Migratory Bird Treaty .The Red-tailed Hawk also has significance in Native American culture. Its feathers are considered sacred by some tribes and are used in religious ceremonies. They are keen-eyed and efficient hunters.This hawk soars very high in the sky, hunting for food and They have excellent eyesight which is much sharper than a human's. A Red-tailed Hawk can spot a mouse from a height of 100 feet. These hawks also hunt from perches, usually alongside a field. Most of their prey are small mammals, including: mice, voles, shrews, moles, squirrels, chipmunks, rats, rabbits, opossums, muskrats, cats, skunks, and bats, ground squirrels, and small birds and reptiles are eaten by this hawk. Red-tails prefer open areas, such as fields or deserts, with high perching places nearby from which they can watch for their prey. Red-tailed Hawks are very territorial. They will chase other Red-tailed Hawks and birds larger than them that get too close. Mated Red-tailed Hawks will sometimes work together while hunting. Red-tailed Hawks mate in the Spring. They perform a sort of courtship dance ,where the male and female dive and roll in the sky. They will even lock talons and fall together awhile before splitting apart. Both the male and female build the nest. They usually choose a very tall tree, such as an oak or pine, or a rock ledge. While the female warms the eggs, up to a month, the male will hunt and feed her. Northern birds migrate south during the winter. http://www.fcps.edu/islandcreekes/ecolog... http://animals.nationalgeographic.com/an... http://peregrinefund.org/subsites/explor...

I observed this bird in a high observation tower at Paines Prairie in Gainesville, Florida, This bird was hunting and I watched it for quite a while until it came close to the tower, it swooped over the prairie many times seeking prey. In 2nd photo I took in the observation deck is 50-foot (15 m), to observe the birds and wildlife. The history of the prairie is also intrigueing as this was the stronghold of the Alachua band of the Seminole tribe under chief Ahaya the Cowkeeper in the 18th century, It is 21,000-acres.

Ok, AshishNimkar, I have updated this photo and added a description and note!!

The story of the hawk? I took the photo on high observation tower at the Paines Prarie, such a beautiful wild place,AshishNimkar, I wanted to thank you for all your help with videos!! I have been practicing and have learned to edit them on you tube, I have much school work at this time, but when I get a chance I edit. Im not very good at it videos yet, need more practice.

Thank you for the ID!! Liam.
If you put the ID in the suggest an ID Link on the page, after 40, you get a patch for keen observations!! Thanks again!!

This is a young Red-Tailed Hawk.