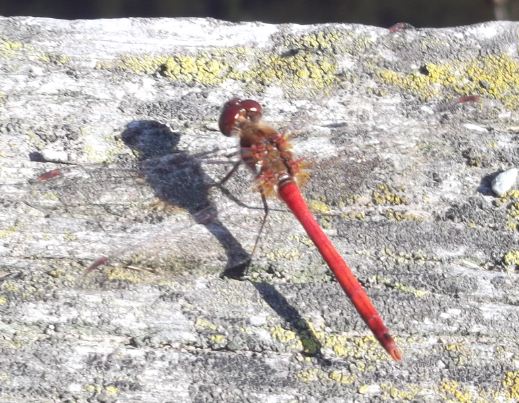 I am not sure if this is actaully a Cardinal. It looks like one, but they are most often described as a west-coast creatures. However, this site shows a Nova Scotia dragonfly with Cardinal Meadowhawk as the suggested ID: (http://novascotianature.com/dragon.html). I think that this is likely one as well.