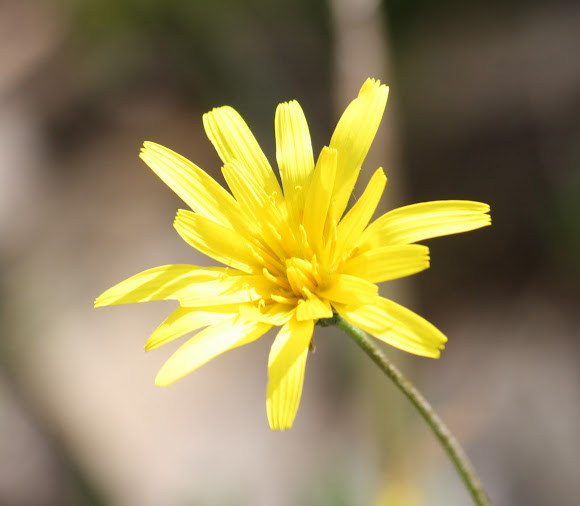 Perennial herbs growing to 50 cm high with narrow basal leaves that are often without lobes or sometimes with lobes towards their upper parts. Roots are fleshy and often tuberous. Flower-heads are solitary on a leafless and hairless stalk (peduncle) and sometimes nodding. Flowers are bright yellow. Fruit is a cypsela or achene.

Grows in a wide range of habitats including alpine herbfields, woodlands, moist depressions, stream banks and the margins of salt lakes and samphire flats.

Until recently, botanists regarded Native Yam Daisy to be the same species as Microseris scapigera from New Zealand, but Australian representatives of this genus are now thought to comprise of three separate species, endemic to southern Australia. These species have yet to be formally described and currently are only known as sp. 1 (basalt plains of western Victoria), sp. 2 (alpine and subalpine herbfields) and sp. 3 (widespread) and are mainly differentiated by the size of their fruit and their attached pappus hairs. In the past the roots of these daisies were an important food source for indigenous peoples. The Native Yam Daisies belong to a group of mainly yellow-flowered daisies in the Tribe Lactuceae. The plants in this tribe are characterised by having a basal rosette of leaves (flat-weeds), milky sap in their stems and their flower-heads consisting entirely of ray florets (i.e. no ‘eye’ to the daisy).