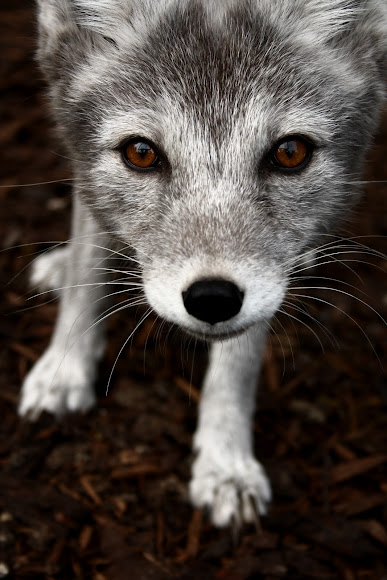 "The arctic fox lives in some of the most frigid extremes on the planet. Among its adaptations for cold survival are its deep, thick fur, a system of counter-current heat exchange in the circulation of paws to retain core temperature, and a good supply of body fat. The fox has a low surface area to volume ratio, as evidenced by its generally rounded body shape, short muzzle and legs, and short, thick ears."

Those are incredible pictures... and cute too

Glad you enjoyed them!

Hahaha, thanks Mick, although your compliment should be targeted at Wikipedia ;) Hence the quotation marks... sometimes I want to share a certain bit of info on a spotting, but I usually don't have the time to formulate a good description myself, so I resort to finding one online.

Good job Mary I like your energy coming with your discription - Thanks!