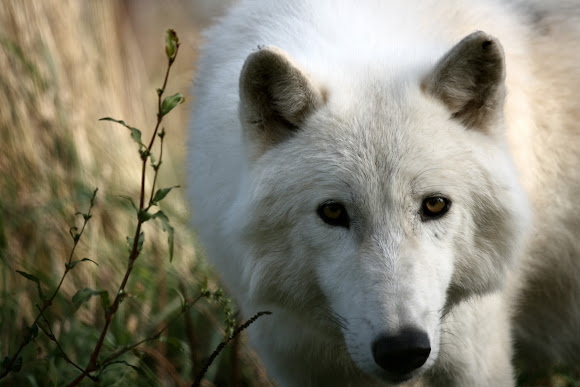 Spotted at the Shubenacadie Wildlife Park.

I want to see this creature someday

Wow... Its accurate now... I really missed that pose..4th is pose in which this Wolf look very much comfortable.

amazing photos! thank you for sharing these :)

Thanks, hope I just fixed it lol. :P

Thank you for all the input and favorites! :)

Is the fourth image still glitched? It's showing up fine on my computer, but that may be because I'm the uploader.

Hmmm.. You are right Wolf, Fox and Wild Dogs are group hunters.

Mary check 4th picture is duplicate or unfinished... Like to see it... Please delete and reload.

Beautiful wolves. It must be great being able to see wildlife like that and then catching it on film!!!!

Thank you Mary I love the pics of the wolves.

Mary, that is such a beautiful description on your last comment.
Beautiful wolves and beautiful pictures, congratulations! :)

Added two other photos to the set. :)

Thank you so much for spotting of the day! :) These two sister wolves are awesome creatures. I've spent ages by their enclosure, photographing, observing (and being observed by) them. The two Arctic wolves at the park were brought in young, and raised there, so they are quite approachable and do not show aggression (through the cage, at least) towards humans, and both of them, as well as the other pair of gray wolves, are very social with the visitors. They almost always greet people, get excited when they walk past and talk to them, and they will even howl along with groups of children that stop at the enclosure and howl to get the wolves to join. :)

Although I disagree with the ownership of wolves and other wild animals by those who don't fully understand and know how to live with them, in watching these wolves, I quickly saw how similar they are in nature and behavior to domestic dogs in many ways. They're such fascinating and beautiful animals. :)

"Arctic wolves hunt in packs. A lone wolf does not survive due to the fact they cannot kill alone."