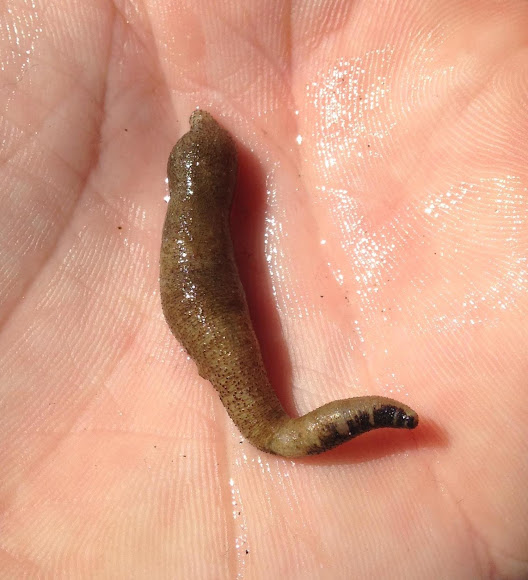 A small peanut worm with a rough texture and dark coloring around the extendable front end.

Found being pushed around in gentle surf among rocks near Monterey Harbor.

Thought it was a tunicate at first. The movements of the extendable apparatus were quite cool to watch.