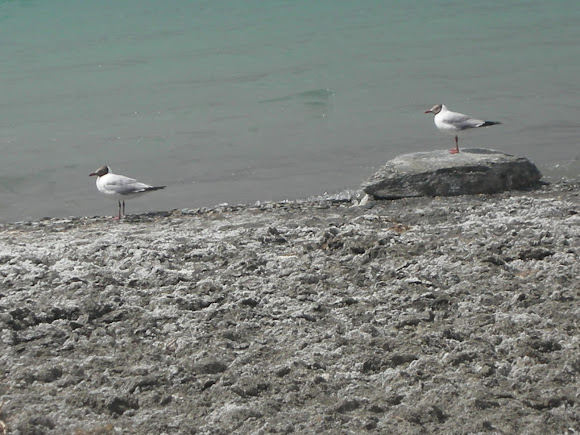 A small gull which breeds in the high plateaus of central Asia from Turkmenistan to Mongolia. It is migratory, wintering on the coasts and large inland lakes of tropical southern Asia.

This gull breeds in colonies in large reedbeds or marshes, or on islands in lakes, nesting on the ground. Like most gulls, it is highly gregarious in winter, both when feeding or in evening roosts. It is not a pelagic species, and is rarely seen at sea far from coasts. This is a bold and opportunist feeder, which will scavenge in towns or take invertebrates in ploughed fields with equal relish.

It was fascinating to find so many of them. Quite noisy and bold, they flew around and sat in groups or pairs. Also found them carrying little pebbles.