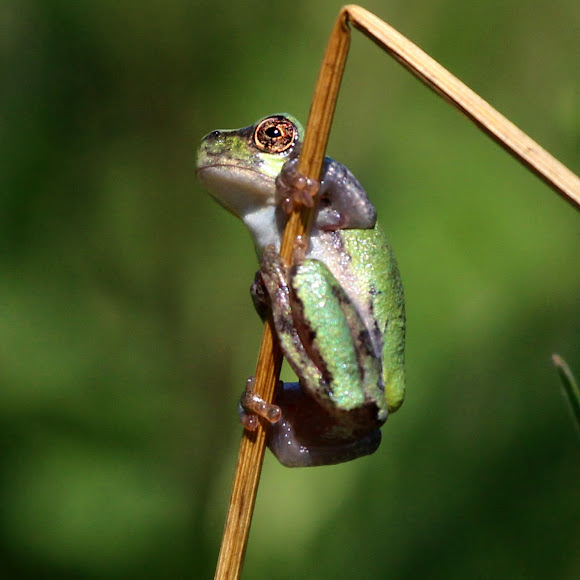 In general, Gray Treefrogs measure 1.25 to 2 inches (3-5cm) in length and have warty skin with prominent adhesive pads on their fingers and toes. Their color can vary from green to light green-gray, gray, brown or dark brown. Perhaps the most striking feature of this frog is its ability to change color to match its environment (metachrosis) - a process which usually requires about half an hour.

A interesting fact, according to the  University of Michigan's BioKids, http://www.biokids.umich.edu/critters/Hy..., In the winter, Eastern Gray Treefrogs bury themselves beneath logs, leaves and dirt. About 40% of their body can freeze during the winter. They keep their blood stream from freezing by producing an antifreeze-like fluid called glycerol. The rest of their body fluids usually become frozen during hibernation.