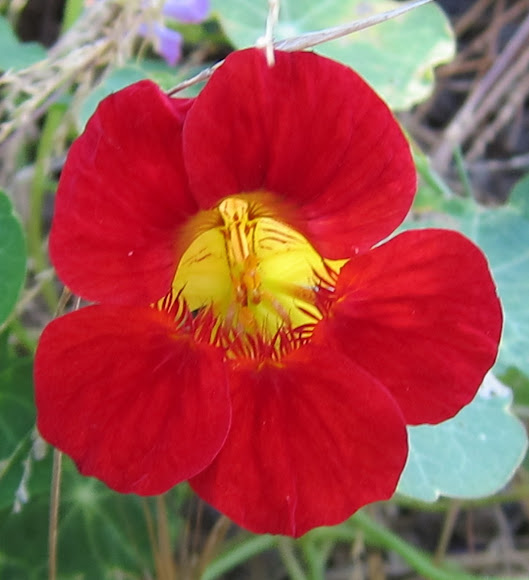 Nasturtium literally means "nose-twister" or "nose-tweaker." The Nasturtiums receive their name from the fact that they produce an oil that is similar to that produced by Watercress (Nasturtium officinale), from the family Brassicaceae (Wikipedia). The genus Tropaeolum is native to South and Central America. I spotted this little plant in Aquatic Park, Berkeley, CA.

All parts of the plant are edible. The flower has most often been consumed, making for an especially ornamental salad ingredient; it has a slightly peppery taste reminiscent of watercress, and is also used in stir fry. The unripe seed pods can be harvested and pickled with hot vinegar, to produce a condiment and garnish, sometimes used in place of capers, although the taste is strongly peppery. The mashua (T. tuberosum) produces an edible underground tuber that is a major food source in parts of the Andes. Wikipedia