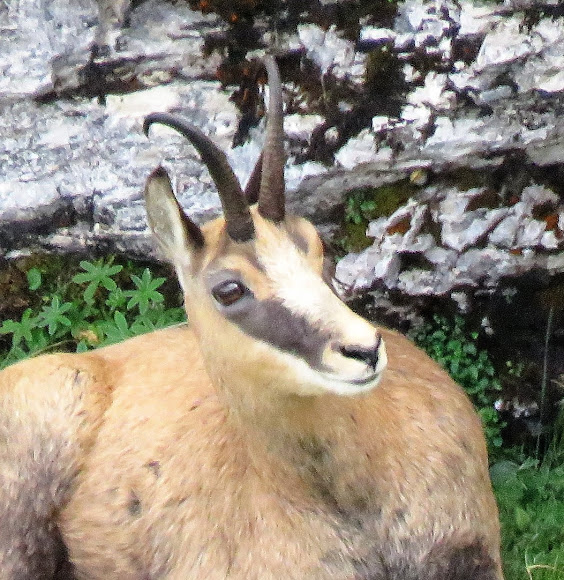 This is a common, an emblematic, goat-antelope or small bovid of European mountains, roughly the size of a large goat.

As said above, this is an emblematic animal of montane regions of France in general; and of Jura range in particular. Here, observed on montane protected pastures of Haut Jura; highest part of Jura range, on balcons of a large crack.

Upon seeing this one, resting in a shade of this balcony, we could not determine if something was wrong - the Chamois was alone, and have not moved for over 2 hours (the time we reached the top, had some rest and came back the same way) - we found both facts to be bizarre; but could not see any wounds...

Especially like the second shot; the inclusion of the larger view is very nice for showing its environment.

Beautiful animal. I like the last two context shots.