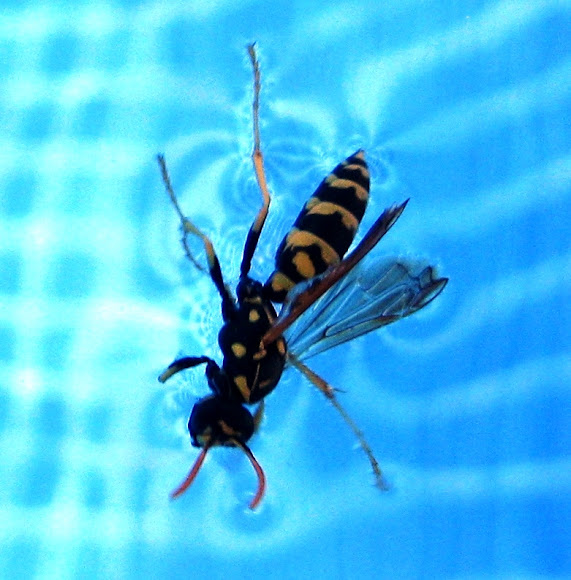 Each social wasp colony includes a queen and a number of female workers with varying degrees of sterility relative to the queen. In temperate social species, colonies usually only last one year, dying at the onset of winter. New queens and males (drones) are produced towards the end of the summer, and after mating, the queens hibernate over winter in cracks or other sheltered locations.

My friend's swimmingpool in Tallante, Cartagena.