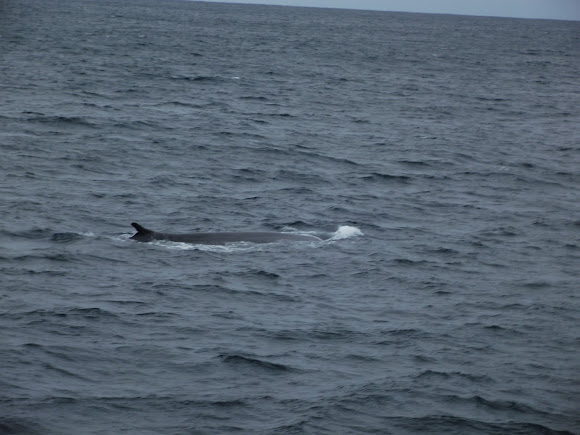 Long and slender, the blue whale's body can be various shades of bluish-grey dorsally and somewhat lighter underneath. There are at least three distinct subspecies: B. m. musculus of the North Atlantic and North Pacific, B. m. intermedia of the Southern Ocean and B. m. brevicauda (also known as the pygmy blue whale) found in the Indian Ocean and South Pacific Ocean. B. m. indica, found in the Indian Ocean, may be another subspecies. As with other baleen whales, its diet consists almost exclusively of small crustaceans known as krill.