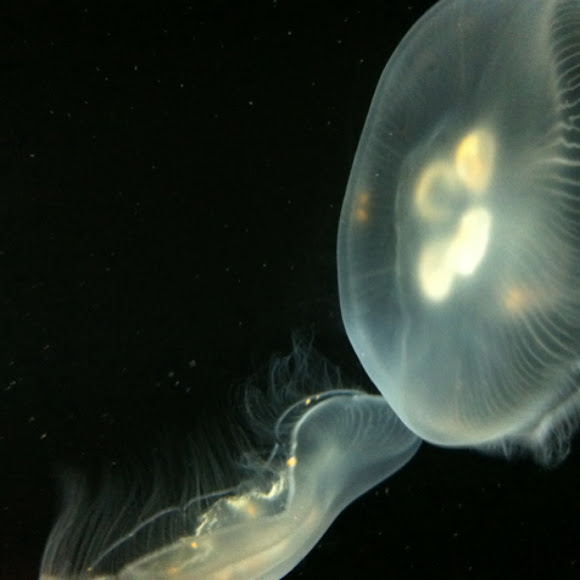 Aurelia aurita (moon jelly, moon jellyfish, common jellyfish, saucer jelly) is one of a group of more than ten morphologically nearly identical jellyfish species in the genus Aurelia. In general, it is nearly impossible to identify Aurelia medusae without genetic sampling, so most of what follows about Aurelia aurita, could equally be applied to any species of the genus. The medusa is rompe translucent, usually about 25–40 cm in diameter, and can be recognized by its four horseshoe-shaped gonads that are easily seen through the top of the bell. It feeds by collecting medusae, plankton and mollusks with its mucusy bell nematocyst-laden tentacles and bringing the prey into its body for digestion, but is capable of only limited motion; like other jellies it primarily drifts with the current, even when it is swimming.