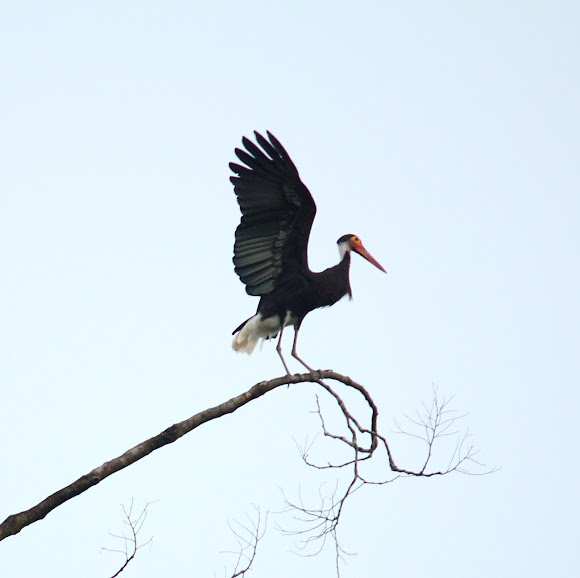 It occurs at low densities in large, undisturbed blocks of level lowland forest, particularly freshwater and peat-swamp forests, on the floodplains of large rivers. It also frequents disturbed, recently burned and logged areas, and occasionally areas subject to tidal movements, although these may constitute suboptimal habitats. It is generally solitary, but is occasionally found in small groups. Two eggs are usually laid and the chicks are able to fly after c.90 days. - Source IUCN

This stork is listed as Endangered because it has a very small, fragmented population which is very rapidly declining, owing to destruction of lowland forest through logging, dam construction and conversion to oil-palm plantations. Spotted at the Kinabatangan River, Sabah, Malaysia.

Thank you for sharing this beautiful stork, TanKian :)