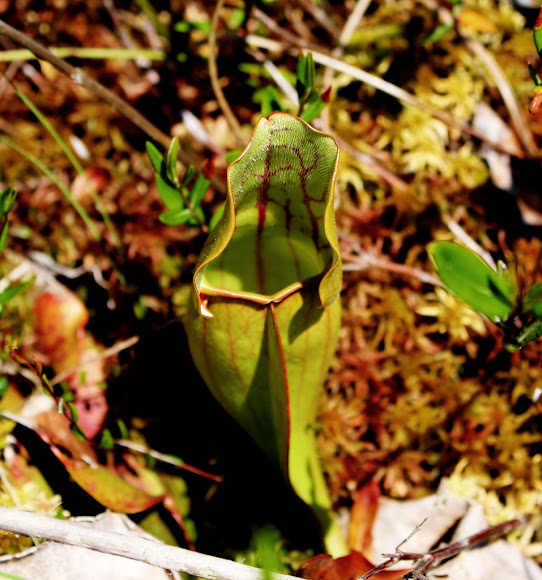 Purple pitcher-plant characteristically occurs in bogs, savannas, and flatwoods. The very wettest parts of bogs are favored, often restricting the species to the edges of bogs. Purple pitcher-plant forms dense, floating mats on the water at the edges of bog ponds and lakes and across acid streams. Along the Gulf Coast Sarracenia species are often associated with Sphagnum, sundew (Drosera sp.), butterwort (Pinguicula sp.), pipewort (Eriocaulon sp.), bladderwort (Utricularia sp.), grass-pink (Calopogon sp.), burmannia (Burmannia sp.), and other genera characteristic of acid sites. Purple pitcher-plant is adapted to poor soils that are deficient in trace elements such as molybdenum. These elements may be obtained from the captured insects and amphibians. Soils are usually highly acidic and unsuitable for many other plants. Purple pitcher-plant, however, does not require acidic soils for growth, and it occasionally occurs in alkaline marl bogs around the Great Lakes. Both ombrotrophic and minerotrophic peat sites are occupied.