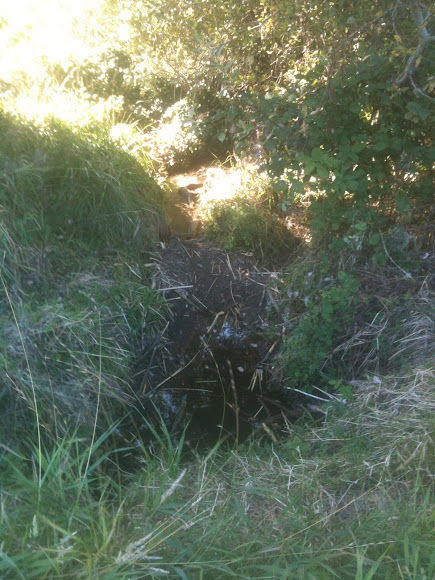 The beaver (genus Castor) is a primarily nocturnal, large, semi-aquatic rodent. Beavers are known for building dams, canals, and lodges (homes). They are the second-largest rodent in the world (after the capybara). Their colonies create one or more dams to provide still, deep water to protect against predators, and to float food and building material.

Observed evidence of a beaver who had taken residence in a culvert near the road. We tried sneaking up on him each evening at dusk (as my dad stated he had often done, thereby providing him a few moments to observe the little fellow enjoying his evening meal) but a las ... he always ducked away to safety. We knew he had been there though as we observed the water undulating back and forth as he swam under the road.