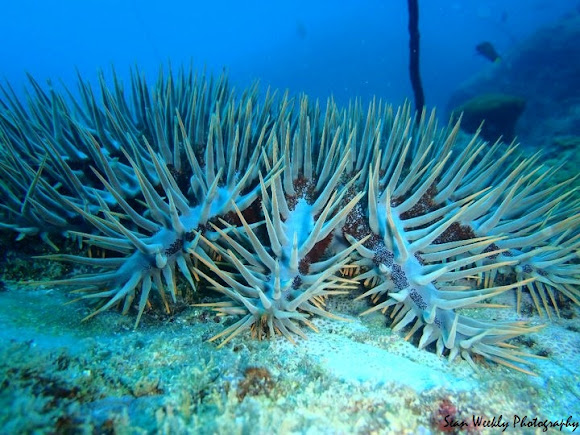 It is endemic to tropical coral reefs in the Red Sea, the Indian Ocean, and the Pacific Ocean

Spotted this Crown of thorns during a dive trip in Malaysia, depth around 15 Metres