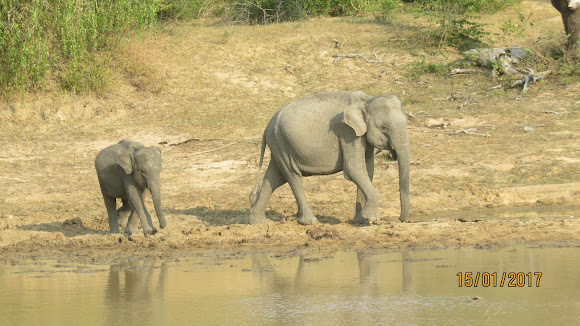 Gentle giants. Known for their size, intelligence, family groups, bonding and trunk. Killed for ivory. Sri Lankan elephants are smaller than their African counterparts...even smaller than the Indian ones I think.

Watering hole (Last pic) at the Yala National Park. We were lucky enough to see an elephant " kick" at crocodile(s) in the water; not this duo though. They drank copiously, bathed a bit and went their leisurely way. the older elephant kept close to the young one.