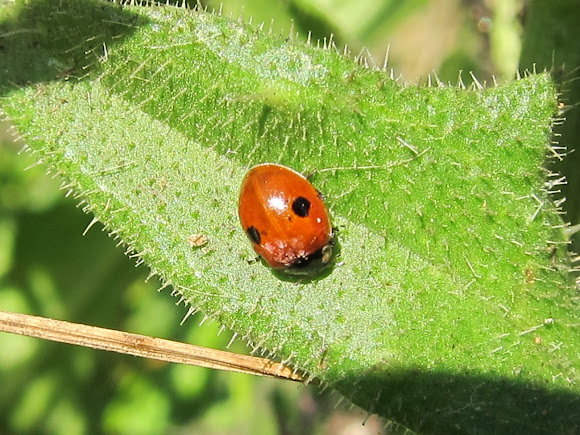 Adalia bipunctata, commonly known as the two-spot ladybird, two-spotted ladybug or two-spotted lady beetle, is a carnivorous beetle of the family Coccinellidae that is found throughout the holarctic region. It is very common in western and central Europe and North America. It is used as a biological control agent (Wikipedia). This ladybug was resting on a dandelion leaf.