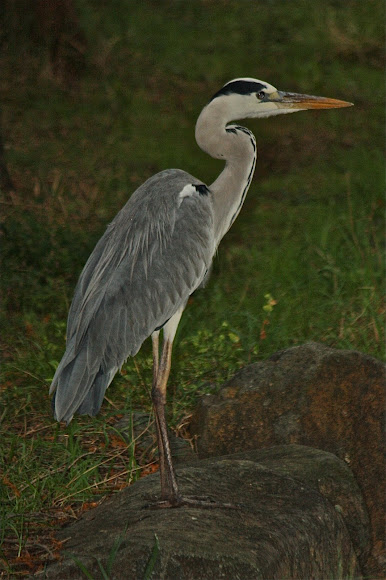 This heron was hanging out by a lake in a large park in the south side of Osaka, Japan. It started to rain so he moved under a large bridge but stayed close to the creek (even though there were a few fisherman close by). He did not seem intimidated by the humans at all, but thats likely because even though it's quite a large park (a bit smaller than Central Park NYC), it's quite urban.