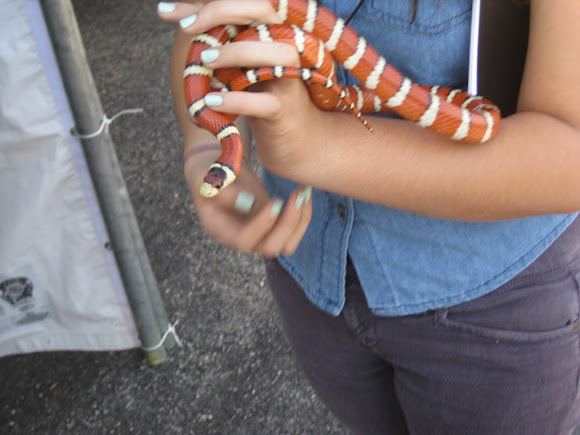 They are distributed from southeastern Canada, through most of the continental United States, to Central America, down to western Ecuador and northern Venezuela of northern South America. Across the wide range of this species, habitat varies. Typically, milk snakes live in forested regions; however, in some regions they can be located in open prairies. In various parts across its distribution, milk snakes often abide in rocky slopes.

I spotted this at a herpetology booth at the Saguaro National Park / National Geographic BioBlitz event.