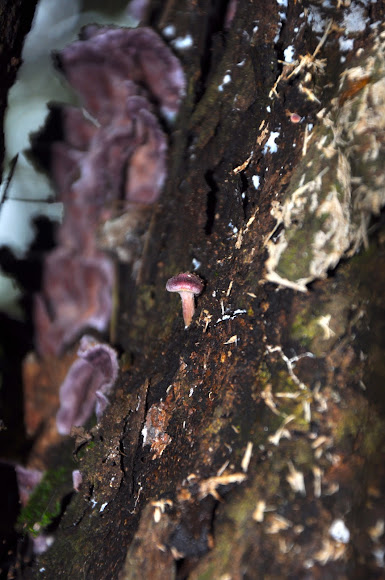 This mushroom is growing on a dead tree trunk. It measure no more than 3/4" tall when it appeared and is lavender on the stem and purple on the cap. On day two it had grown to a full size of 2" high and a cap of 2" round. On day three they began to wither.

The second two photos are of the same mushrooms two days later. They grew significantly. They are now up to 3" wide. Note the orange ring on the stem. The center of the top part of the mushroom still has a pink hue. The last photo is on day three when the mushroom was wilting and dying.