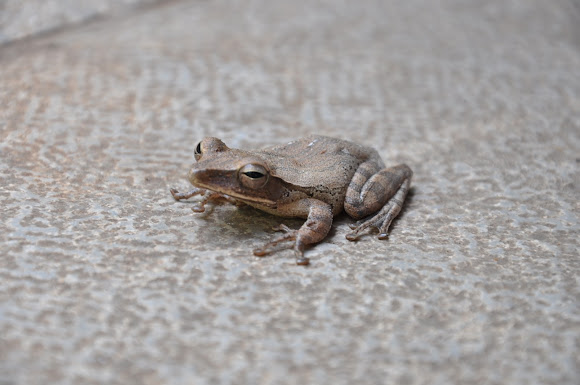 A common yet charming species of disturbed forests, scrubland, parks & gardens. Its repetitive monosyllabic call is an instantly recognizable sound in much of rural Southeast Asia. Most commonly encountered a few feet from the ground clinging to small stems, it may also be found in puddles on wet ground. Its colour varies from green-grey to a less common ruddy-brown; the four lines on its back may be absent in some populations. Its eggs are laid next to ponds in a foamy mass glued to overhanging vegetation. Once hatched, the young tadpoles fall into the water below to start a new life.