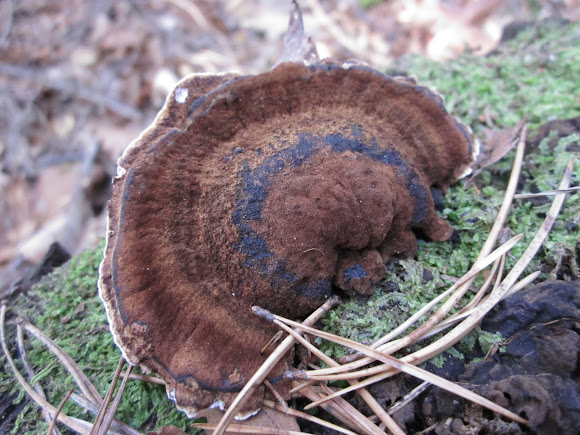 The Polyporales are an order of fungi in the class Agaricomycetes. The order includes some (but not all) polypores as well as many corticioid fungi and a few agarics (mainly in the genus Lentinus). Species within the order are saprotrophic, most of them wood-rotters. Those of economic importance include several important pathogens of forest and amenity trees and a few species that cause damage by rotting structural timber. Some of the Polyporales are commercially cultivated and marketed for use as food items or in traditional Chinese medicine

The order is cosmopolitan and contains around 1800 species of fungi worldwide. All species in the Polyporales are saprotrophs, most of them wood-rotters. They are therefore typically found on living or moribund trees or on dead attached or fallen wood

Many wood decay fungi in the genera Fomes, Fomitopsis and Ganoderma are pathogenic, causing butt and root rot of living trees and consequent losses in forestry plantations. Several species, such as the mine fungus Antrodia vaillantii, can rot and damage structural timber. Some of the Polyporales, notably Ganoderma lucidum (ling-zhi), Grifola frondosa (maitake), and Trametes versicolor (yun-zhi), are commercially cultivated and marketed for use in traditional Chinese medicine