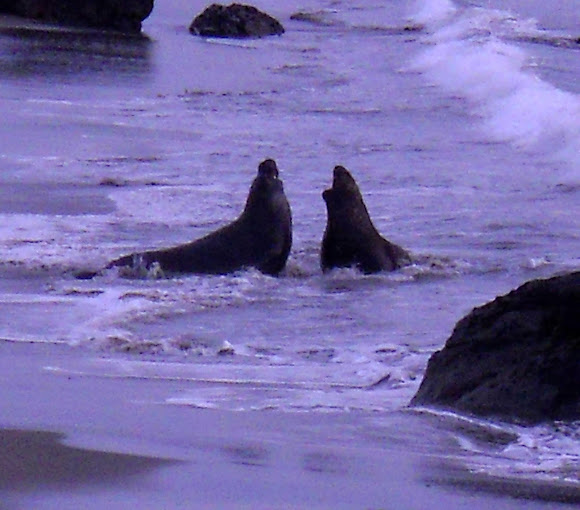 Large male seals battling for dominance. Each is over ten feet long and easily several thousand pounds. The individual on coming in from the sea was the challenger and was eventually chased off by the alpha on the left, who controlled the largest harem on the beach.

The male pictured sleeping on the beach was a large but beaten up fringe male on the far side of the beach with only 2 or 3 smaller females, none of which were raising young.