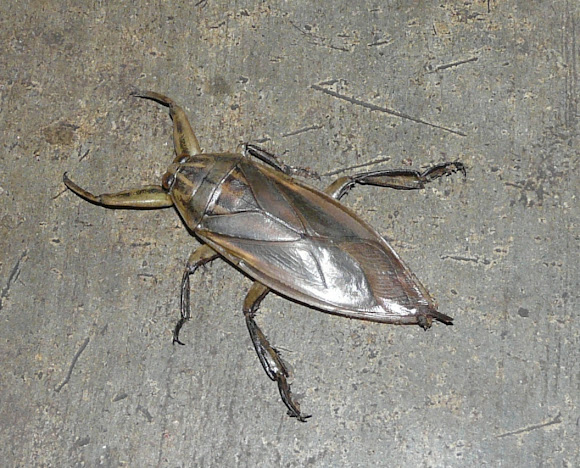 Giant Water Bugs belong to family 'Belostomatidae'. They are also known as 'Toe-biters' as they are capable of delivering nasty bites or 'Electric-light Bugs' as they get attracted to light. They are commonly mistaken as Beetles or Cockroaches. Their bite is considered to be one of the most painful bites that can be delivered by an insect.

They prefer slow-moving fresh water & lie motionless in ambush close to the surface of the waterbody, usually holding some vegetation. Prey is struck with mandibles & powerful digestive saliva is injected in its body. Liquidized remain are latter sucked out of prey's body. In South-east Asia, especially Thailand, they are considered to be a delicacy & are commonly sold as food item on the street-stalls.

In India it is fairly common,seen in jheels(marshes) and sometimes like my spotting out of water