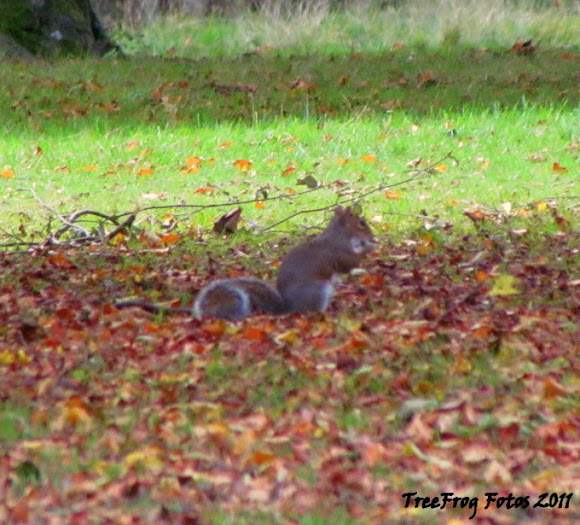 Eastern gray squirrels build a type of nest, known as a drey, in the forks of trees. The drey consists mainly of dry leaves and twigs. Squirrels may also nest in the attic or exterior walls of a house. In addition, the squirrel may inhabit a permanent tree den.