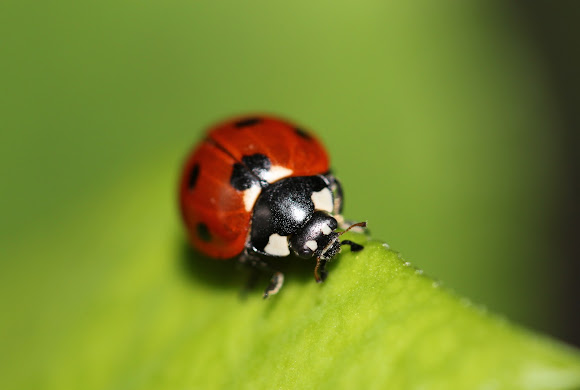 Its elytra are of a red colour, but punctuated with three black spots each, with one further spot being spread over the junction of the two, making a total of seven spots, from which the species derives both its common and scientific names (from the Latin septem = "seven" and punctus = "spot"

I was looking over my houseplants that I had brought in from outside last week when I spotted this on one of the leaves.

Congratulations for the 1000 spottings and 1000 species identification too!!
You have been to awesome places and you are an explorer in the true sense of the word!!